The Apache HTTP Server, also known as Apache HTTPd, is a commonly used web server software. Its wide usage has been due to its easy customizable feature and being open source.

The first plugin added for a server monitor is free. After that, each plugin monitor is charged at $1/month. Each plugin can have upto 25 attributes. 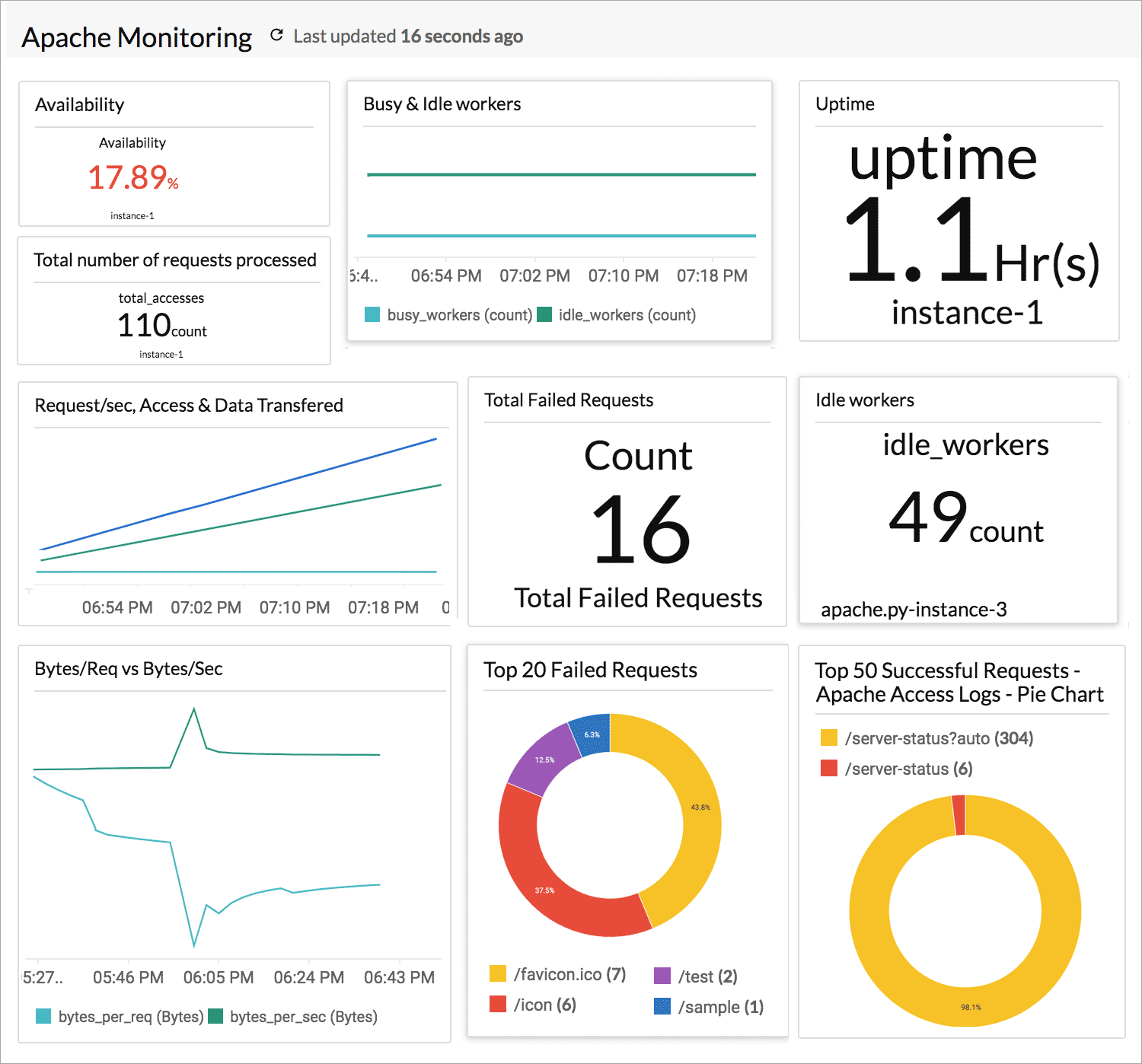 Monitoring Apache servers is critical to keep a check on their performance and be aware of degradation issues and bottlenecks. Use our ready-to-install plugin integration and see real time performance trends and historical metrics, all in a single dashboard.

req_per_sec records the total number of HTTP requests the web server is processing per second.

idle_workers is the total number of idle workers/idle processes waiting for an HTTP request. If you have very few or no idle processes, it means your server is using up all the processes and new requests have to be on hold until the older requests are completed.

The metric uptime gets the total amount of time the server has been up and running.

bytes_per_sec records the total amount of data the web server is transferring per second.

Use the metric cpu_load and get the total percentage of CPU used by the web server.

The average number of bytes being transferred per HTTP request is obtained using the metric bytes_per_req.

The total number of accesses on the server is monitored using the metric total_accessess.

Connections Async Closing shows the number of async connections that are in the closing state.

Connections Async Keep Alive displays the number of async connections that are in the keep-alive state.

Connections Async Writing denotes the number of async connections that are in the writing state.

CPU System shows the percentage of time taken by the Apache process to access the system resources.

CPU User displays the percentage of time taken by the Apache process to process the code.

Total Connections depicts the total number of connections on the Apache server.

Uptime shows the total amount of time the server has been up and running.

The agent will automatically execute the plugin within five minutes and send performance data to the Site24x7 data center.

Log in to Site24x7 and go to Server > Plugin Integrations > click on the name of the plugin monitor. You will be able to view performance charts and set thresholds for the various performance metrics.

The agent will automatically execute the plugin within five minutes and send performance data to the Site24x7 data center.

Feel free to contribute to our existing plugin and come up with suggestions or feedback on our Community.