The Network File System (NFS) protocol helps provide local access to remote NFS servers. It essentially allows everyone with permission to access files as if they were stored on their local machine. With the help of NFS, we can configure centralized storage solutions, and users can access data even from remote locations. Moreover, NFS can be securely accessed and controlled through firewalls and Kerberos (a network protocol that provides authentication for client-server applications by using secret-key cryptography).

What is NFS used for?

When working with NFS, users can see all relevant files regardless of location and work with remote files as if they were in their local file systems. Other benefits NFS offers include:

To make sure that the NFS performance meets our expectations and that we’re not experiencing unexpected performance issues, we need to monitor NFS performance. Monitoring NFS performance could result in extensive work if implemented from scratch—so it’s best to use existing tools in the Linux ecosystem instead. There are two command line tools that can help with monitoring: nfsstat and nfsiostat.

The nfsstat command displays information about the currently running NFS server in the system as well as the remote procedure calls made.

For example, if we run nfsstat -s on the server, the information about the NFS server shown will include the number of calls that were made and whether there are any bad calls or bad authentications. If the NFS server has any bad calls, most likely the network system is experiencing network latency problems and needs to be checked. 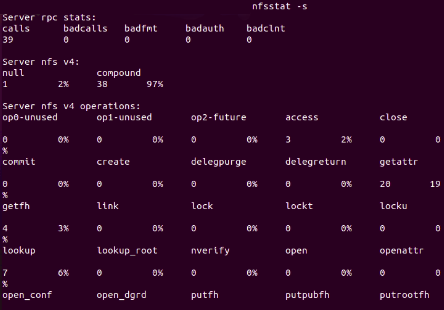 We can also gather information from the NFS client, by running nfsstat -c. 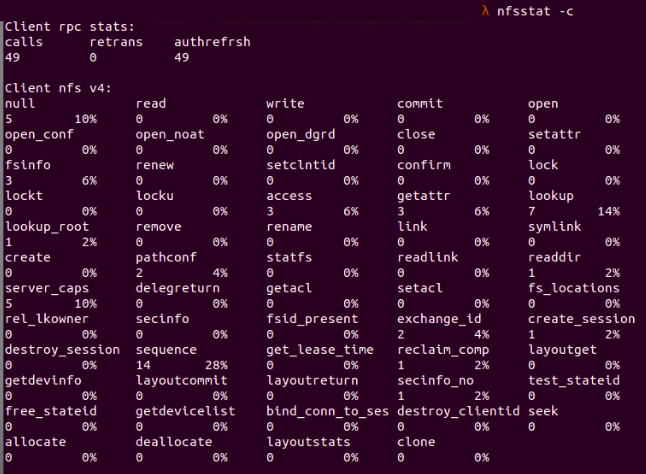 Here we can see that the client sent 49 RPC requests, and none of them were rejected. RPC stands for remote procedure calls, and it allows a process on one machine to call a subroutine on another one. RPC is often used for constructing distributed, client-server based applications.

Meanwhile, the client sent 49 NFS requests in total, and none of these requests were rejected either.

The nfsiostat tool provides us with useful information about the behavior of the NFS system by reading /proc/self/mountstats as input values, then provides the read and write requests of mounted NFS shares.

Here we can see the mount folder in the current NFS client, which is

and the mount target in the NFS server, which is

Moreover, in the above figure, we can also see the detailed data for read and write requests to the NFS server from the client:

What’s the difference between iostat and nfsiostat?

The iostat command provides us with input and output statistical data for storage devices so that we have an idea of how these devices function. 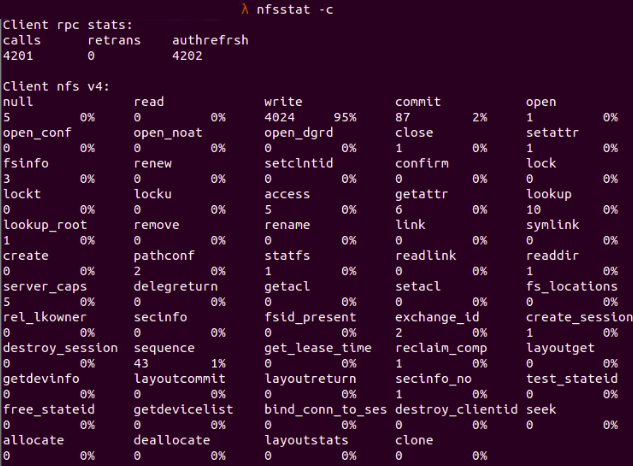 How to troubleshoot NFS performance issues

To efficiently diagnose and troubleshoot NFS performance problems, follow the steps outlined below.

First, we need to check whether the network system has any performance issues. We can use several tools for network performance monitoring, such as the vnstat and tcpdump commands.

Let’s look at how we can use tcpdump to check the detailed network package that has been sent or received.

We can use vnstat to check if there is a problem with the network performance by measuring how much data is going through the network interface.

Fig. 5: Data in and out when measured with vnstat

If we don’t uncover any network performance issues, we need to look at the performance of the NFS server. For example, with nfsstat -r we can find the number of RPC calls made in the server. If there are any bad calls rejected by the RPC layer, the network is probably overloaded, and we need to identify the overloaded network by observing the statistics for that network interface. 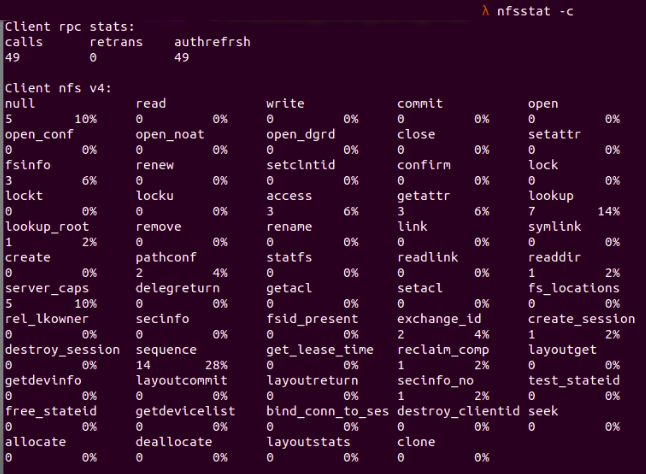 Moreover, we can combine it with nfsiostat -d to check for statistics related to the NFS server directory.

Fig. 8 : nfsiostat -d showing statistics for a directory that mounts to the NFS server

Further ways to use nfsiostat

Clients will get the most use out of NFS systems, as they’re likely to be data scientists or data engineers using the NFS system to access vast data for training models. If a client cannot troubleshoot or locate the problem on their end, network administrators can initiate troubleshooting from the server side.

The nfsiostat tool is great for detecting problems from the client side and provides several options for collecting helpful metrics. Let’s see a few examples of its use.

Check for overall statistics of the NFS client by running nfsiostat without parameters:

If we suspect the NFS client is experiencing performance issues connecting to the NFS server, avg RTT and retrans are the metrics we should look out for. High average time for RTT and a high number of transmissions point to a high latency problem in the NFS system that makes the connection between NFS client and server unstable and leads to timeout issues.

Display statistics related to cache with nfsiostat -a:

Apply caching prevents the NFS server from being overloaded with requests sent from the NFS client. However, if the cache time is high, we can run into a “File not found” issue, when a client tries to read a file in the server using old cache data but the file in the server is already updated to the new version. Therefore, we should set the configuration for applying caching appropriately, to match our own use cases.

Display output at specific intervals after every ${a} seconds, and output ${n} times by running nfsiostat ${a} ${n}: 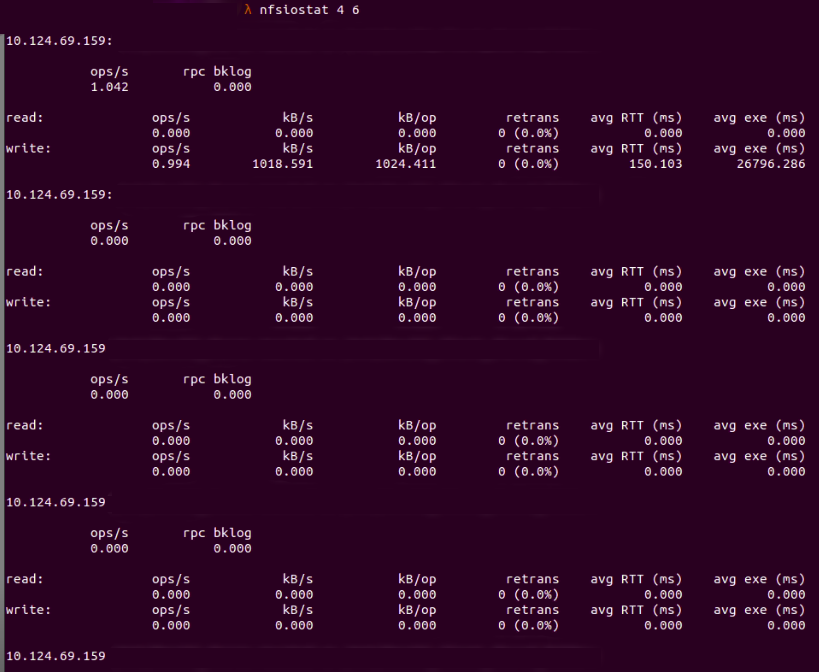 Fig. 13 : Requests in NFS after every 4 seconds and 6 times only

There are many factors that can directly or indirectly cause NFS performance issues. In this article, we’ve covered several significant symptoms that point to performance problems in your NFS system and helped you identify them by using the nfsiostat tool in Linux.

Supported tools like nfsiostat can make troubleshooting NFS performance issues, an otherwise lengthy and time-consuming process, easier to carry out.

Was this article helpful?
Sorry to hear that. Let us know how we can improve the article.
Thanks for taking the time to share your feedback. We'll use your feedback to improve our articles.
Previous Disk I/O issues: Understanding and fixing them to boost system performance
Next How to troubleshoot high I/O wait time in Linux